Fresh findings in the field of genetics have directly challenged yet another key evolutionary hypothesis by showing that the differences between humans and apes cannot be easily accounted for under the theory of evolution.

A recent 12-page journal article, written by three scientists in Spain and published in Molecular Biology and Evolution, details the results of careful analysis of human and chimpanzee DNA.

After comparing and contrasting thousands of orthologous genes from humans and chimps, the scientists found their final data to be very much at odds with evolutionary theory.

In fact, they even titled their article "Recombination Rates and Genomic Shuffling in Human and Chimpanzee - A New Twist in the Chromosomal Speciation Theory."

Why are these findings seen as a "new twist" to the evolutionary theory? In short, because many scientists have claimed that genetic differences between humans and apes can be attributed to a process known as "genetic recombination," which is a phenomenon that generates slight genetic variation via meiosis.

However, this new journal article seriously calls this proposition into question.

In their research, the three Spanish scientists scrutinized differences between human and chimp genes, expecting to find higher genetic recombination rates in these areas of dissimilarity.

Even though studies of human-chimp similarities have been conducted in years past, this particular research was unprecedented because the scientists took advantage of new, high-resolution genome maps.

Ultimately, the study results were contradictory to what evolutionists had theorized.

Not only were genetic recombination rates markedly low in areas of human-chimp DNA differences ("rearranged" chromosomes), but the rates were much higher in areas of genetic similarity ("collinear" chromosomes). This is the reverse of what evolutionists had predicted.

"The analysis of the most recent human and chimpanzee recombination maps inferred from genome-wide single-nucleotide polymorphism data," the scientists explained, "revealed that the standardized recombination rate was significantly lower in rearranged than in collinear chromosomes."

Jeffrey Tomkins, a Ph.D. geneticist with the Institute for Creation Research (ICR), told the Christian News Network that these results were "totally backwards" from what evolutionists had predicted, since genetic recombination is "not occurring where it's supposed to" under current evolutionary theory.

Dr. Tomkins further emphasized that evolutionists greatly exaggerate the genetic similarities between humans and chimps, and often ignore areas of DNA where major differences do exist.

"It's called cherry-picking the data," he explained.

"There are many genetic regions between humans and chimps that are radically different. In fact, humans have many sections of DNA that are missing in chimps and vice versa. Recent research is now showing that the genomes are only 70% similar overall."

This is not the first time scientists have questioned evolutionists' assertions regarding humans' and chimps' similarities.

David DeWitt, a biochemist and Ph.D. neuroscientist, reiterated in an article for Answers in Genesis that evolutionary scientists commonly underestimate the genetic dissimilarities between humans and apes by significant margins. And even relatively small percentage differences equate to formidable genetic discrepancies.

Ultimately, Dr. Tomkins concluded, genetic evidence is once again stacking up against evolutionary scientists, forcing them to revise their theories.

"Evolutionists are having a lot of problems dealing with current studies in DNA research," he stated.

"Their predictions based on their naturalistic presuppositions are consistently being overturned by scientific discovery. Because they cannot accept the idea of a Creator, they simply change their theory to adapt. The only thing that appears to be evolving is 'evolution,' and it's becoming more and more absurd."

Well here is possibly another step forward for science that will at least undermine the evolutionist view of anything based upon the speed oflight.  Two recent papers suggest that the speed of light is variable, depending upon the space that it is travelling through, something I have been advocating for years.

According to Science Daily (link below) scientists have come up with an answer to the idea of "irreducible complexity." The article states:

'Instead of starting from simpler precursors and becoming more intricate, say authors Dan McShea and Wim Hordijk, some structures could have evolved from complex beginnings that gradually grew simpler -- an idea they dub "complexity by subtraction." Computer models and trends in skull evolution back them up, the researchers show in a study published this week in the journal Evolutionary Biology.'

That's such a clever observation - you start with complexity! So where did the original complexity come from? Creationists are way ahead here - we have always believed that things started complex!

New Discovery Places Genesis as the Origin of the Flood Story

A partial tablet has been found that pre-dates the so called Epic of Gilgamesh account, said by many to be the inspiration for the Genesis flood account.  The tablet, although in the possession of a museum since the mid-nineteenth century, its significance has only recently been acknowledged.  More accurate dating has placed the tablet from around 2200 B.C., or soon after the Flood.

"Unknown to most archaeologists, however, is an even earlier Flood tablet. It was discovered in the ancient Babylonian city of Nippur in the 1890s. The tablet was so encrusted that its value was not immediately recognized, but by 1909 Dr. Hermann Hilprecht had discerned the figures and translated the text. Given the catalogue designation CBM 13532, it dates from about 2200 B.C., or soon after the Flood itself. More importantly, while the differences between Genesis and Gilgamesh are striking, the similarities between Genesis and this tablet are obvious. There is no detail that differs from Genesis, and nothing extra is added."

According to Bible History Daily, the sight of the infamous city of Sodom has almost definitely been found, exactly where the Bibledescribed it as being.  BHD tells us:

Seeking to answer the question “Where is Sodom?” and using the Biblical geography of Genesis 13 as a guide, Collins decided to excavate Tall el-Hammam, an extensive and heavily fortified site located in modern Jordan at the eastern edge of the kikkar. First inhabited during the Chalcolithic period (4600–3600 B.C.E.), the site attained its maximum size during the Middle Bronze Age (c.2000–1600 B.C.E.) and became one of the largest cities in Canaan.But unlike other Canaanite cities that continued to flourish in theLate Bronze Age (1550-1200 B.C.E.), Tall el-Hammam was destroyed by fire at the end of the Middle Bronze Age and remained uninhabited for centuries.Across Tall el-Hammam, archaeologists found widespread evidence of an intense conflagration that left the Middle Bronze Agecity in ruins. They found scorched foundations and floors buried under nearly 3 feet of dark grey ash, as well as dozens of pottery sherds covered with a frothy, “melted” surface; the glassy appearance indicates that they were briefly exposed to temperatures well in excess of 2,000 degrees Fahrenheit, the approximate heat of volcanic magma. Such evidence suggests the city and its environs were catastrophically destroyed in a sudden and extreme conflagration.

Was it this event—which destroyed Hammam and the other cities of the kikkar—that was remembered by the Biblical writers in their telling of the story of Sodom?

This is one more archaeological discovery that seems to confirm that the history of the Bible is correct, including those'fantastical' events like the cities being destroyed by God in intense fire.  If the Bible says it is true, then why do so many people doubt the existence of God, none so blind as those who willnot see.

A report in the Daily Telegraph of the 2nd Feburary 2013 anounced:

Black hole collision may have irradiated Earth in eighth century

"A powerful gamma ray burstcaused by a collision of two black holes or neutron stars may have irradiatedthe Earth in the eighth century, researchers claim."

"A study last year foundunusually high levels of the isotope carbon-14 in ancient rings of Japanesecedar trees and a corresponding spike in beryllium-10 in Antarctic ice.

The readings were tracedback to a point in AD 774 or 775, suggesting that during that period the Earthwas hit by an intense burst of radiation, but researchers were initially unableto determine its cause.

Now a separate team ofastronomers have suggested it could have been due to the collision of twocompact stellar remnants such as black holes, neutron stars or white dwarfs."

The isotope Carbon 14 is the base half-life measurement used in short period radiometric dating, I say short period because the C14 isotope is impossible to detect in material more than 60,000 years old.  An irradiation of C14 would therefore replenish the isotope and make accepted calibration of the dating invalid.

A Finite Universe After All

New Scientist this week (4th December 2012) is running a cover story entitled ‘Before the Bib Bang’ which is maintaining that it has now been proved that the universe is finite, that it had a beginning and possibly an end, the article commences:

“AS BIG questions go, it's hard to beat. Has the universe existed forever? Over the years, some of the greatest minds in physics have argued that no matter how far back in time you go, the universe has always been here. Others have argued that the opposite must be true - something must have happened to bring the cosmos into existence. With both sides claiming that observations support their view, until recently an answer seemed as distant as ever.

However, earlier this year, cosmologists Alex Vilenkin and Audrey Mithani claimed to have settled the debate. They have uncovered reasons why the universe cannot have existed forever. Yet what nature grudgingly gives with one hand, it takes back with the other - even though the universe has a beginning, its origins may be lost in the mists of time.”

So it’s back to the problem of how to explain the start of the universe without involving God, Good luck with that one.

Check out our new Resource & Downloads by following the green buttons, something for everyone who is interested in the cause of creation science. at:

Hereis an interesting article on ancient fossilised mosquitoes that stillhave blood in their small bodies.  A new breed of mosquito hasrecently been found, but interestingly the article describes other ofthe specie that have been discovered with blood.

It seems incredulous to me that blood cansurvive for up to 45 million years, don't we have to keep bloodrefrigerated and use it within a certain time before it deterioratesand makes it useless for transfusions?  I asked this question ofa medical expert who told me, "Whole blood and red cells canbe stored for up to 21 – 42 days depending on theanticoagulant-preservative used. On the other hand, platelets onlylast from 3-5 days and fresh frozen plasma can be kept for 12months."  so how much further does blood deteriorate in45 million of those years.  Well maybe the fossil is not as oldas they say, just a thought. 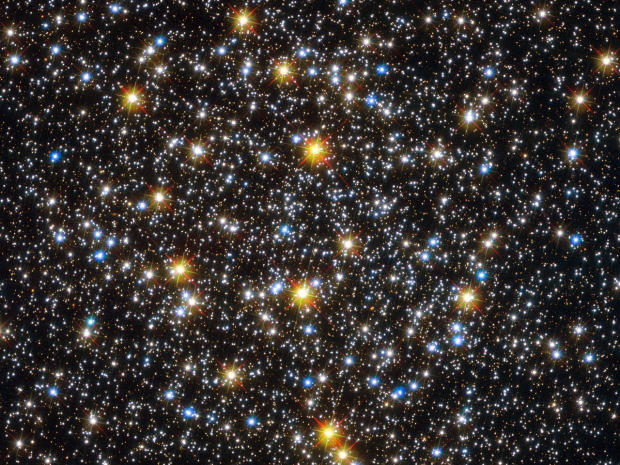